Witch doctors converted, demons cast out, cripples healed. It’s a crazy life in Burundi, one which can be dangerous – but God calls us to live by faith, not fear, wherever we are. Simon Guillebaud left a marketing job in Woking nineteen years ago and now lives with his wife and three children in this small East African country.

He comes from a missionary background, living in Algeria and France as a child and spending six months in the Red Light District of Hamburg. Having attended a top private school, he was “on the conveyor belt to success and affluence.” After a friend told Simon that God wanted him to serve in Burundi, he went back to work, sat in front of his computer and asked God for clarity. Then the phone rang, and the guy on the other side asked, “Do you know anyone who wants to go to Burundi?”

Only the size of Wales, Burundi is the “Poorest country in the world, hungriest country of the world, and has the highest rate of malnutrition.” There’s been a failed attempt to overthrow the current regime but Simon sees light shine brightest in the darkest places. The most amazing people he’s met have been Burundians, clinging on to hope despite very grim circumstances. He’s seen Burundi children go to the Street Kids Olympic World Cup in Brazil and come back with 6 medals. He’s seen the construction of three orphanages and medical units and five schools. He’s seen about 100,000 people come to Jesus, including whole villages and Batwa pygmies. His ministry has also been involved in the country at large, with the building of the king’s conference center, providing jobs, and serving in Jesus’ name.

Simon also organizes an annual sponsor cycle ride in Rwanda (if interested, contact him). This fundraiser for his ministry is 7 days of cycling in gorgeous terrain, 49,000 ft in elevation, and 780 km. His children attend a French-speaking school and have a strangely normal life, playing tennis and taking dance classes. They’re in a rather dangerous place but Simon says, it is a “very tight-knit community and I’d rather bring my kids up here than in the confused culture of the Western worldview.” 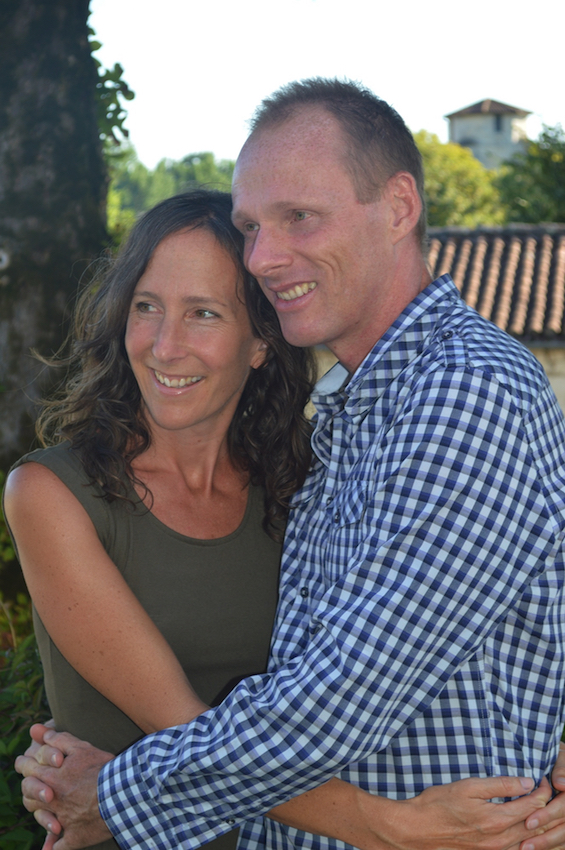 Simon and his wife, Lizzie

He and his family will leave Burundi this summer and travel for a year through thirty-three countries as he preaches. They’ll be flying the Burundi flag but because of high schooling, they’ll then return to Bath.

For those interested in the lifestyle of missions, he suggests going to serve on a trip, pray for the world, and read loads about missions and culture. A few key texts include When Helping Hurts, African Friends and Money Matters, and Operation World. Consider getting in touch with Simon’s ministry if you would like to participate in a short-term trip.

He shares, “God is an incredible provider, worthy of utter trust when things are falling apart, he calls us to live by faith and not fear. Most people are passively and unknowingly living by fear.” Knowing how transitory life can be, Simon refuses to waste the present moment. He shares, “We’ve gone back 20 years in terms of development in Burundi because of the crisis in 2015, which is honestly very depressing. So please pray for lasting peace, justice, rain, security, and for unity of the Church – which is the hope of the world!”