The numbing shock of the sea surged around him. Jim Barker’s baptism in the North Devon water was an unexpected event.

With a mother who held onto a strong faith in Christ and an agnostic father, Jim was brought up in a home emphasizing Christian values, but not much more. They did not often attend church or have conversations about God. Life had taken its course.

While in his early twenties, Jim’s sister and brother-in-law became Christians. Jim says, “This started to get me thinking more of the deeper questions of our existence.” After marrying his long-term girlfriend, who already believed in Jesus, her faith seemed to deepen. Jim saw God’s positive influence on her as she, like his sister and brother-in-law, followed Him. And yet, Jim still did not want to join or label himself as a Christian.

“This started to get me thinking more of the deeper questions of our existence.” 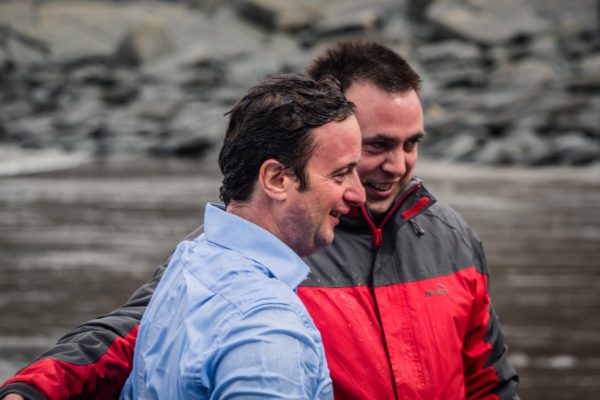 His wife would take their three sons to church, and eventually, he began to accompany her to make the Sunday morning trip easier. He sees now that he was “not admitting that I wanted and needed to go.”

For a few years, Jim attended services and found his heart softening, but he couldn’t seem to commit. One day, a church member gave him a pamphlet with the following verse: “Behold, I stand at the door and knock. If anyone hears my voice, and will open the door I will come in” (Revelation 3.20). Jim felt that the ‘door’ hadn’t been opening in his heart, but desired to find a way to open it.

Jim felt that the ‘door’ hadn’t been opening in his heart, but desired to find a way to open it.

When some friends of their family asked if they wanted to join for Easter at Lee Abbey, they decided to go. During the week, Jim went for a long walk on the grounds with his friend, talking about faith. Jim shared that he felt even more in tune with Christianity and that he wanted to make a commitment but wasn’t sure how. His friend replied, “What’s stopping you?” 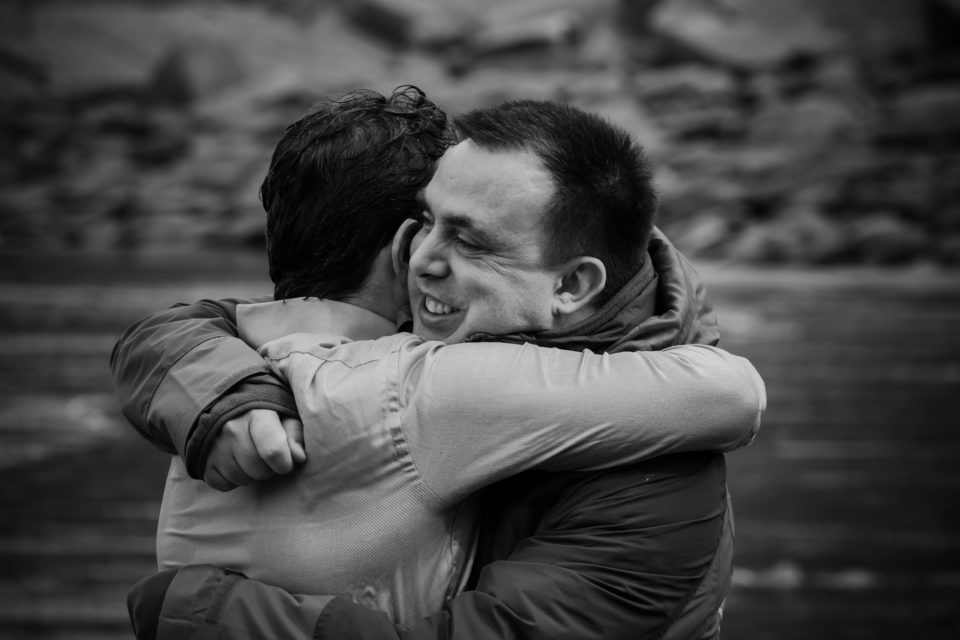 Jim with a friend after his baptism

At Jenny’s Leap, they prayed together, Jim expressing his heart before God. His friend knew there would be some baptisms at the beach the following day, and encouraged him to consider it. Jim was taken aback but spent time that evening discussing it and praying about it.

In the morning, he awoke feeling that it was the right thing to do – “After all, what better day to start my new life in Christ than on Easter Sunday!” Lee Bay was blessed with a few surprise Easter morning guests, as it swelled its waves over them, washing Jim and the others clean. A new day began.