Berit is eighteen years old and will begin university in Switzerland this autumn to become a doctor.

Most of us on community think of her as someone who is gifted in many areas, but who can tend to overload herself. As a member of the house team, choir, drama team, worship team, and a runner and craft-maker in her spare time, she’s very hard working and is trying to learn how to say “no.” 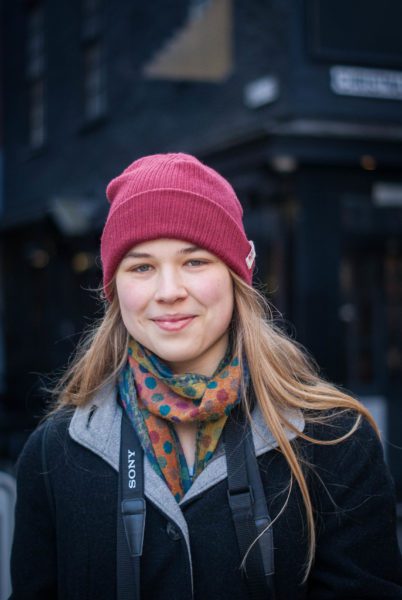 The first thing she thought of that she misses from home is the bread – dark, fresh, whole grain German bread, with butter, cheese, or just plain. But at the same time, she was glad to get a break from a “competitive” culture where “everyone pretends to be someone.” She says, “In school, I got good marks and everyone respected me but they made it more than it actually was – that didn’t feel right.” She now properly speaks German, English, French, and has a basic knowledge of Spanish.

Berit is an explorer, from growing up building “huts and treehouses” with her brothers to her first day at Lee Abbey, when she walked every square inch of the property. When she arrived, she could see the sea and Wales on the other side. She says, “The next day I woke up fairly early and I went to the woods, I went to the beach, I went through all the hallways, and I think I walked over the whole estate. I was so impressed by the beauty.” Even now, she’s the first person on community to be up for a walk into Lynton any evening to go to the cinema. 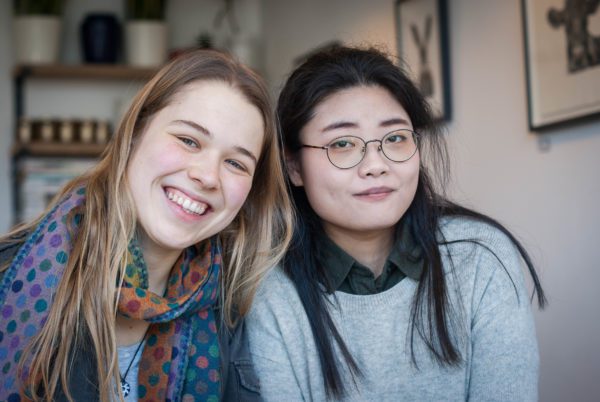 Berit with Hyoeun from South Korea

Since coming to Lee Abbey, Berit says she has become “more perceiving. I am an activist, which is good, but sometimes there are things that you can’t change, or it’s not your job to change. I’m becoming more settled inside. As I’ve had a lot of time to think at Lee Abbey, I’ve gained a clearer mind than I had in the beginning.”

“I am an activist, which is good, but sometimes there are things that you can’t change, or it’s not your job to change.”

It is unique here because, while there can be space for solitude, there is also a tapestry of personalities. “Lee Abbey is special – with all these people in one place, it’s like you have the world in miniature form.”

“Lee Abbey is special – with all these people in one place, it’s like you have the world in miniature form.” 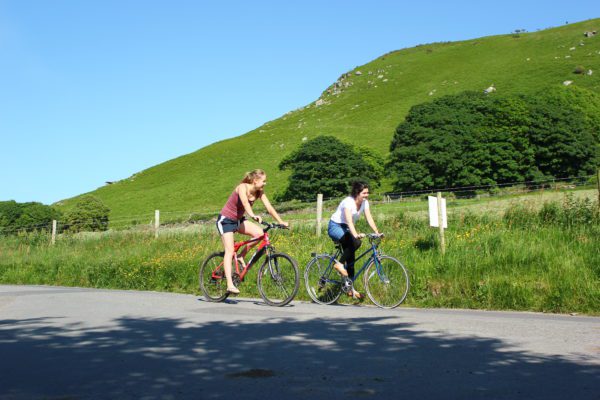 Berit cycling with Rosie from the UK

This diversity makes the experience at Lee Abbey rewarding, but sometimes difficult. It requires patience to live with others, so different from yourself, in culture, expression, language, and faith background. Berit says,

Because I grew up in a Christian family, faith has always been part of my life. I never had this decision point where one day to the next I became a Christian. But I was searching for an experience where I could really feel God in a spectacular way, but I think I’m beginning to realize that everyone has their own story and that God is the same God but the relationship we have with him depends on who we are. I haven’t figured out yet who I am completely but I’m feeling more settled with the thought of having a different story than someone else.

“I haven’t figured out yet who I am completely but I’m feeling more settled with the thought of having a different story than someone else.” 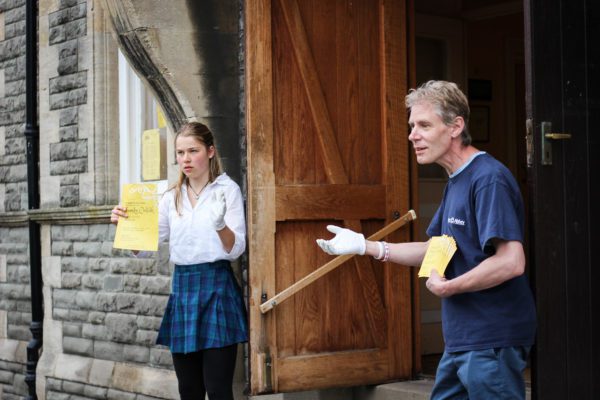 Berit acting as a mime artist to welcome guests to a ceilidh with Lee Abbey’s drama instructor, Dave Hopwood

Berit says she sometimes felt that she’d need to do something to have “a nice spiritual experience.” But she realized, “What can you do? You can’t catch God. God comes to you.”

“You can’t catch God. God comes to you.”

Berit had been considering plans aside from medical school but her time at Lee Abbey gave her more space to process. When she made her decision to pursue medicine, she realized there’s not only one decision that’s right but “it’s the best one that I can choose now. Through practicing medicine, my hunger to have intellectual challenges meets the needs of people.”