“Just get there. Don’t worry about the program – just book a bed.” 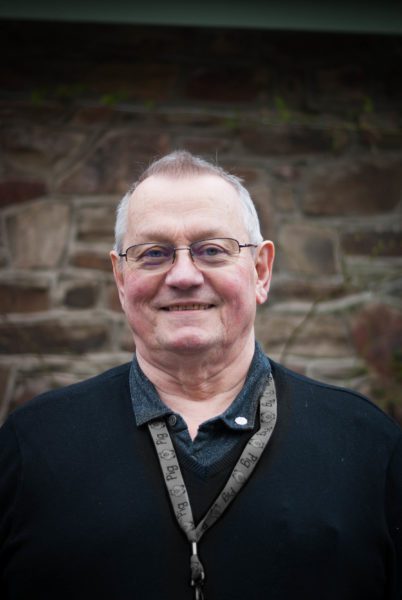 Dave Revell’s friend said this to him over twenty years ago, encouraging him to attend a Christian retreat. He’s currently in the middle of a position on the bookings team at Lee Abbey, after first serving on our community in 2002. Likely the first cheerful face you’d see after entering the front doors, Dave sees his role as a “supportive team player and God’s welcome to all.”

With significant issues in his marriage, Dave began coming here through attending a Divorce Recovery Workshop. He shares, “Had I known the content, I may not have gone, but it was just what I needed.” His wife actually passed away in 1999, so the divorce was never finalized. At this point though, Dave was often coming back to Lee Abbey and also facilitated workshops. He soon felt God calling him to community, but thought, “Nice idea, God, but it’s not possible. I have a 17-year-old daughter at home, a mother-in-law living in a granny annexe, a dog, a house in Sussex, an apartment in Hertfordshire, and a well-paying job that I love.” In 2001, his daughter decided to attend University and his mother-in-law died. His dog wanted company so Dave gave him to his brother. His company was taken over by another one, which meant he’d no longer work as an I.T. Project Manager but would be moved to manage a contract he didn’t like.

He finds it to be a joy to serve at Lee Abbey, a place that he considers to be his “spiritual home”. Our community includes many young adults, but Dave says, “Youth is infectious. The community sometimes makes me feel young again even though at other times, it makes me feel old!” The pace here can be tiring but Dave believes that by the grace of God, he’s been able to regain a sense of purpose. He knows that he’s become more tolerant of others’ faults and his own failings. 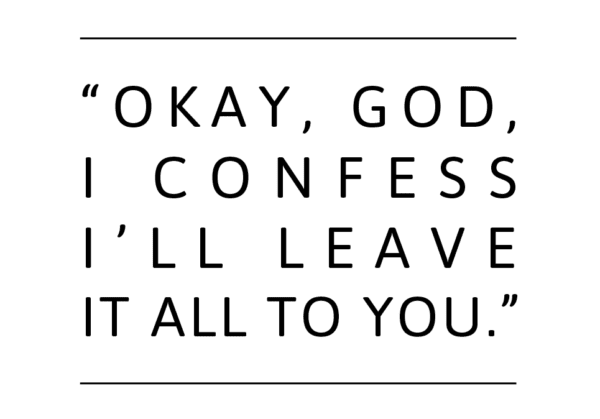 One month before he planned to move to Lee Abbey for the first time, no one had made an acceptable offer on the house he was trying to sell. He then turned to 1 Timothy: “Command those who are rich in this present world not to be arrogant nor to put their hope in wealth, which is so uncertain, but to put their hope in God, who richly provides us with everything for our enjoyment” (6:17). He then put his hands up and said, “Okay, God, I confess I’ll leave it all to you.” At lunchtime that same day, a lady came to see his house and offered the asking price. God is in control.

As in the words of his favourite song, Dave has been through “the tigers coming at night, with their voices soft as thunder, as they tear your hope apart” (“I Dreamed a Dream” from Les Miserables). But life has not entirely killed the dream he’s dreamed. He’s encountered a “God who would be forgiving” and a “love that would never die.” This grace has rerouted the direction of his perspective in life.

Dave doesn’t consider himself as a person “in retirement,” as much as a person who is “available”. Life may bring us to all sorts of strange circumstances, but prayerfully, we’ll always remain available for God. 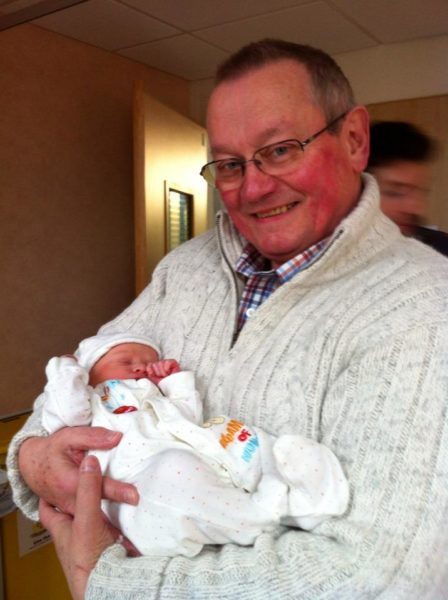 Dave with his grandchild.