Claudia’s hometown is known for the “Fachwerkhaus,” or half-timbered houses.

From southwest Germany, near the Black Forest, Claudia grew up in Esslingen, a hilly town, famous for its houses. But very happy to leave behind the stress of her previous job, she joined the Lee Abbey community five months ago.

“I served in the kitchen for a while, setting up and cleaning, and then I began to lead shifts. To start with, I was thinking this was going to be a challenge – you have to think of all the minor things. But the team helps – they work altogether, and you’re hardly ever on your own.” 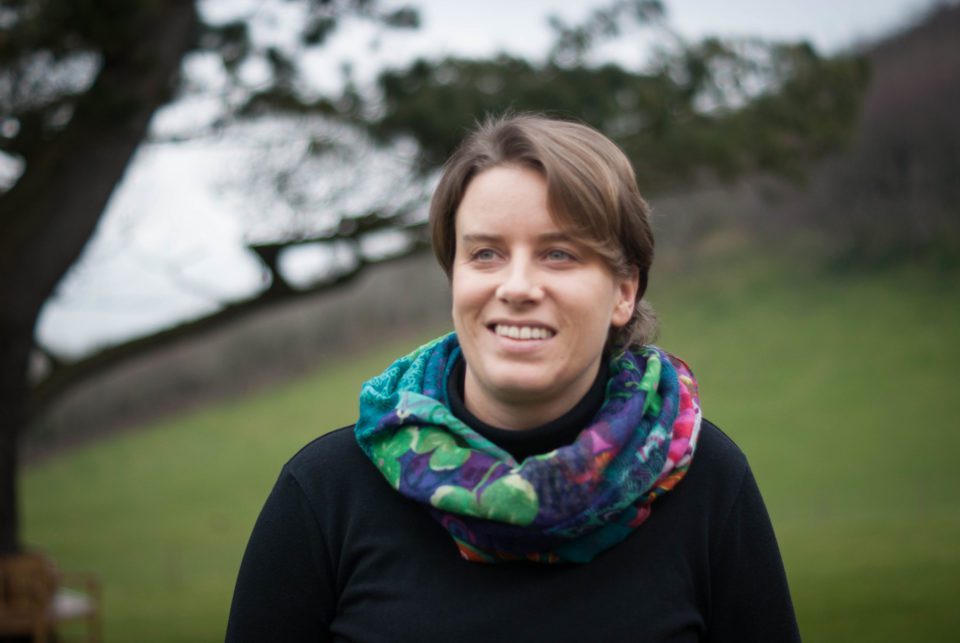 The Lee Abbey kitchen is often filled with music and raucous laughter, but it isn’t easy to serve in either. Claudia shares, “God stretched me in some ways. It wasn’t always simple to work in the kitchen, but he gave me little signs and people help along the way so I could cope and break it up into shorter episodes.” Needless to say, life in the kitchen is fun but busy. When I asked Claudia what animal she would be, she said,

“A bee because I’m busy and reliable like a bee getting honey, and there’s a product to make.”

Mental health has been a struggle for Claudia in past years, but she says, “As I’ve been spending time in God’s word and reflecting on it more, I’ve changed a lot.

I’ve improved my health, had time to regather, and come to terms with my past. It’s been a time of reorienting.”

In addition to her knowledge of the German language, Claudia studied English, French, and Russian at school, and then Spanish at university. She has a sister and a younger brother who is training to become a vicar in the Lutheran Church, which is “most common in Germany, but Catholicism is common as well.” Before coming to Lee Abbey, she lived in Australia for three years and then, until this past autumn, she worked for the YMCA in the city centre of Stuttgart. She’d organize functions for up to 400 people, and would still like to pursue this as a career as she enjoys hospitality and event planning. But the new everyday life that she goes back to will be influenced by Germany’s political condition:

“Almost as long as I’ve been at Lee Abbey, my country didn’t have a government and they tried to make a coalition with different parties. Now, as of four weeks ago, it’s finally come through and Angela Merkel will be the next chancellor. In 2015 there was a big wave of refugees coming into Germany – Angela opened the doors, everybody came in, and the ‘welcome culture’ was created. Everybody loved her and called her ‘mommy’. She was the figure for refugees but her reputation lately has declined, with being less welcoming to refugees and being influenced by others to establish borders. Angela was born into a Christian family, but she needs to stay firm in her Christian values.” 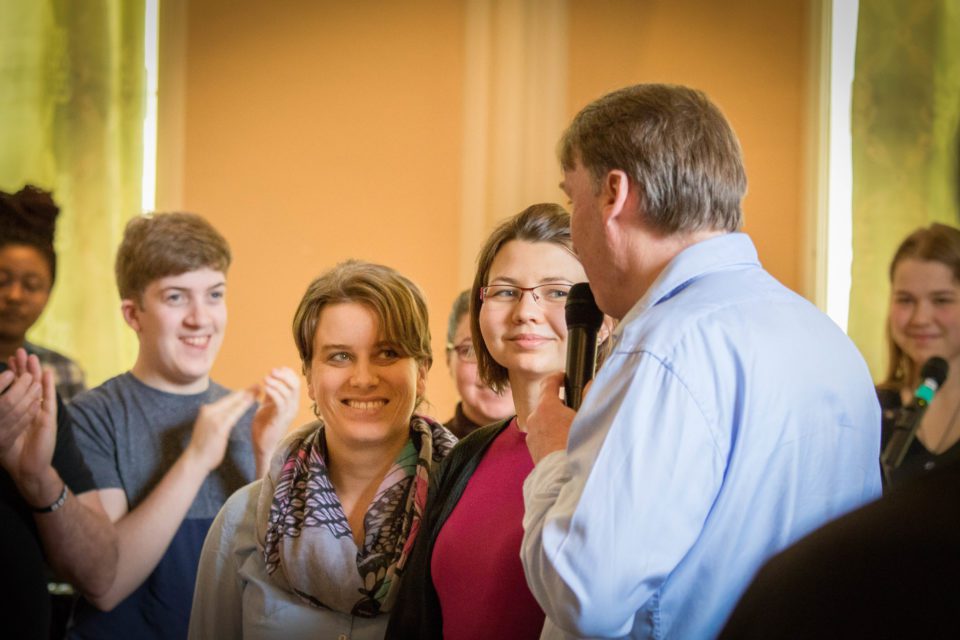 Although we lose Claudia in a few weeks, our thoughts and prayers go with her as she returns to the starting point of her journeys. At Lee Abbey, she says,

“I’ve learned to be more peaceful about the future.

In my prayer group, I’ve shared what I feel really worried about. I felt a peace about my decision to leave Lee Abbey next month. God was speaking to my life.”