You’re on the way to a retreat center where you’ve decided to volunteer for a year with about sixty other community members. When you arrive, the other girl gets out all of her clothes and stacks them ‘just so’ in her new wardrobe. But you drop yours in a heap, wondering if you’ll even be able to stay here for a month.

It’s an all too familiar first night panic. Nazareth (“Naza”) is from Seville, Spain and she’s now been at Lee Abbey for four months. She’s thriving as an Assistant of Outdoor and Indoor Activities at the Beacon Center. If she’s not out playing with children or teenagers, you’d most likely find her coming and going with a big smile, some bright red lipstick, and bling in her 4’11” step. Understandably (and yet, to my great amusement), when I asked her what animal she would describe herself as, she said, “Ok, I like penguins because they are so fancy. They are so fancy! They are fancy and they are correct. They are the best.”

Needless to say, everyone loves Naza and her flair. She also leads worship with the Lee Abbey community team, describing worship as “a lifestyle,” and continuing to say that, “When you are living, you are worshiping God in your whole day. But when I am on the worship team, I like being used by God as an instrument to get the people close with him through music.” 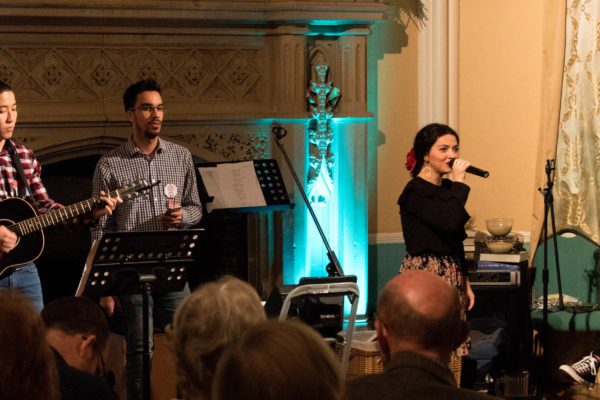 Nazareth and the team lead worship on International Evening.

When I spoke with her about her favorite song, she mentioned “Spirit Fall,” saying, “On the first day of worship practice, the team said, ‘Naza, you can sing this song alone.’ I was afraid because I didn’t know if I could pronounce the words. We didn’t have much time to practice.“ But after singing it, her first reaction was, “Wow, this song is powerful.” She remembers that,

“People were adoring God in this song. Music gets a really good atmosphere so you can feel that God is present.”

I shouldn’t have been surprised that when I asked Naza which of the five senses is her favorite, she said, “Hearing, because through hearing, you can feel a lot of things, like sadness and happiness. And you can detect how other people are expressing [their feelings]. This sense is always alive.” 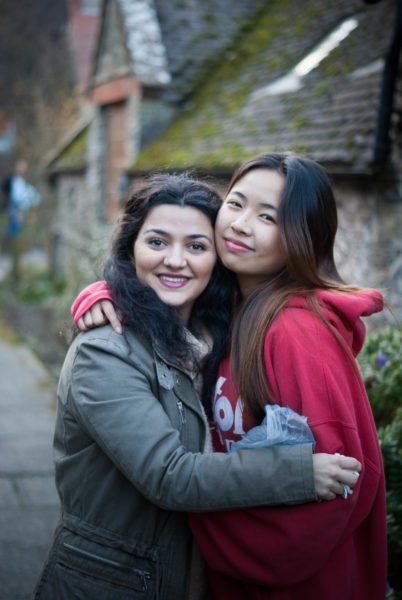 For Naza, life on community has become a wonderful experience. She describes herself as “so friendly” and says that living on community at Lee Abbey is about

“Sharing experiences, making friends, and knowing a lot of other nationalities and other countries. You can make really good friends and you can discover amazing characteristics about other people. We have a beautiful chapel here and I get a lot of time to be with God. [One time I took a] guitar and sang with my eyes closed and when I opened [them], there were two guests listening. I felt God there. In this chapel you can feel unity and family.”

Nazareth will leave Lee Abbey at the end of the summer, but she’s not yet sure what her next experience in life will be. She dreams to continue stretching herself by living in other new places, but also loves her home country despite its current stressful condition. Nazareth says, “The political situation in my country is very difficult with the Catalonia situation. It is getting really bad because there are a lot of fights. And also, there were a lot of attacks before I came. There was a terrorist attack in Barcelona. My country was in alert because there was high risk of terrorist attack.” Will you join us, and join Nazareth, in praying for Spain today? 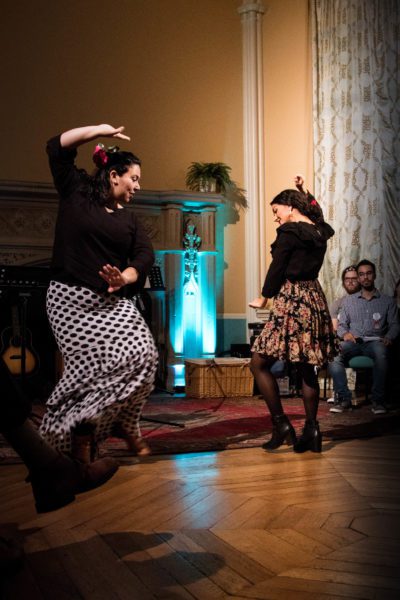 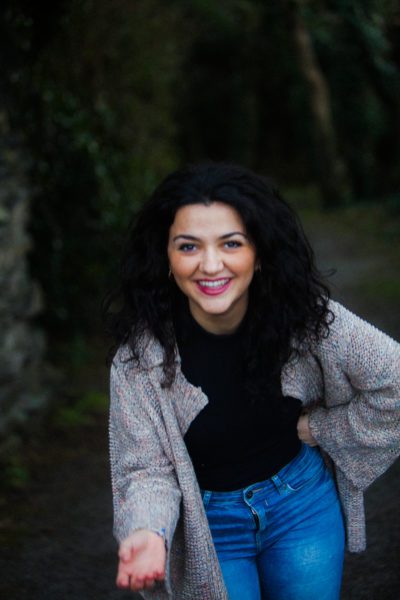