View basket “The Shed – Dave Hopwood” has been added to your basket. 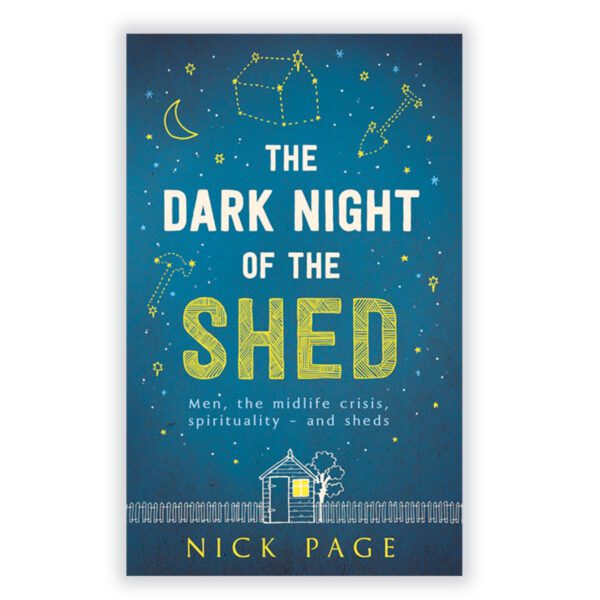 The Dark Night of the Shed – Nick Page

A book about Men, the midlife crisis, spirituality – and sheds. In his usual characterful style, Nick Page explores the phenomenon of the male midlife crisis, reviewing the options for how to deal with it and concluding, unconventionally, that by meeting it head on it can be a freeing and positive experience, rather than a negative one.

There’s a point in a man’s life where he looks around him and asks whether this is really where he wants to be – what he wanted to do with his life. And even if he’s achieved all his childhood dreams, maybe that’s not enough any more.

Nick Page has been there, and he decided to build a shed. Not to answer the question, but so that he’d at least be able to get some peace to think about it properly. Join him on a journey of discovery, into what the midlife crisis really is, and whether there’s a better way to go at it than frittering away time and money trying to pretend you’re really younger than you are.

Nick Page is the author of over 80 books. He lives in Oxfordshire, UK, with his wife Claire, whichever of their three daughters happens to be home at the time, and a dog called Bill. As well as writing books, he is also a popular speaker for churches, church weekends, retreats, book festivals and other events.

His latest books are The Badly Behaved Bible, A Nearly Infallible History of the Reformation and The Dark Night of the Shed, a look at men, midlife, spirituality and sheds.

A lot of his work focuses on church history – particularly the early church. Books include A Nearly Infallible History of Christianity, Revelation Road, and the Longest Week trilogy (Kingdom of Fools, The Wrong Messiah, The Longest Week).