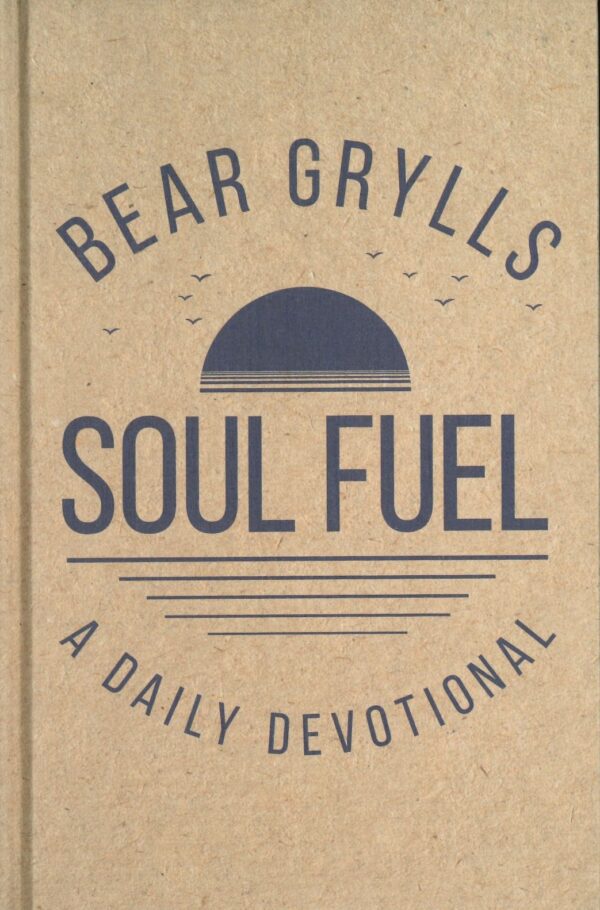 For the first time, in this open, brave and honest book, Bear reveals the inspiration that helps him to stand strong and find peace each day. These daily readings – exploring themes of friendships, failure, courage, risk, and much more – show us all how to face each day with purpose and power.

Bestselling author Bear Grylls has survived a free-fall parachute accident that left him with a broken back, possibly unable to walk again; falling down a mountain in the Rockies, severing a finger in the Vietnam jungle, a broken shoulder in Antarctica. He passed the gruelling training to join the SAS, crossed the North Atlantic in an open inflatable boat, and held the highest ever open-air formal dinner party, in a balloon at 25,000 feet.

But the hardest thing he has ever had to face, he says, is the death of his father. It was then, age 25, that he found what he describes in an interview with the Telegraph as ‘a really lovely quiet faith that has been a powerful thing in our lives’.

As he wrote in GQ magazine, ‘Faith doesn’t mean you have to be especially “religious”. But, in a nutshell, my faith tells me that I am known, that I am secure and that I am loved – regardless of the storms I may find myself in from time to time, regardless of how often I fall and fail.’

For the first time, in this open, brave and honest book, Bear reveals the inspiration that helps him to stand strong and find peace each day. These daily readings – exploring themes of friendships, failure, courage, risk, and much more – show us all how to face each day with purpose and power.

‘Be brave. Embrace faith wherever you may find it. You have nothing to lose and everything to gain.’

Bear Grylls has become known around the world as one of the most recognized faces of survival and outdoor adventure. His journey to this acclaim started in the UK on the Isle of Wight, where his late father taught him to climb and sail. Trained from a young age in martial arts, Bear went on to spend three years as a soldier in the British Special Forces, serving with 21 SAS. It was here that he perfected many of the skills that his fans all over the world enjoy watching him pit against mother-nature. Despite a free-fall parachuting accident in Africa, where he broke his back in three places, and after enduring months in military rehabilitation, Bear went on to become one of the youngest ever climbers to reach the summit of Mount Everest. Bear went on to star in Discovery Channel’s Emmy nominated Man Vs Wild and Born Survivor TV series, which has become one of the most watched shows on the planet. Off screen, Bear has lead record-breaking expeditions, from Antarctica to the Arctic, which in turn have raised over £2.5million for children around the world. In recognition of his expertise and service, Bear was appointed as the youngest ever Chief Scout to 28 million Scouts worldwide, awarded an honorary commission as a Lieutenant-Commander in the Royal Navy, and has authored 10 books, including To My Sons.