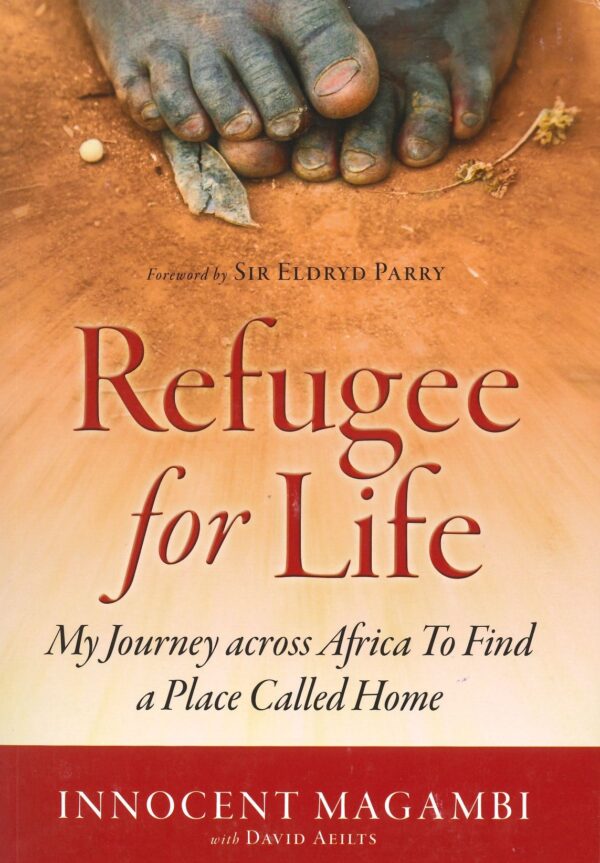 In this book Innocent chronicles his life growing up as a displaced person. His story is an account of the refugee’s constant struggle and challenge of escaping the protective but confining boundaries of the refugee camp and discover life as a person fully functional and integrated in the society.

“Refugee for Life” is the story of Innocent Magambi, born a refugee who lived his first 27 years in five refugee camps all across East Africa. In his book Innocent chronicles his life growing up as a displaced person. He talks about the frustration of trying to make a home in his native Burundi only to be chased out by violence and experience the insecurity of living in a host country at war with its citizens. His story is an account of the refugee’s constant struggle and challenge of escaping the protective but confining boundaries of the refugee camp and discover life as a person fully functional and integrated in the society.

Innocent candidly tells how his journey shaped his faith in God as he endured profound loss and overwhelming hardships. He also shares how his experiences influenced the mission and values of the refugee non-profit he found, There is Hope

Inno’s hope is that by telling his story he will help dispel myths concerning the purpose, predicaments, and prospects of displaced people, as well as giving you a personal view of what it is like to grow up nationless.

ABOUT- Innocent Magambi was born in a small refugee settlement in DR Congo in 1979. His parents had fled the tribal conflict in Burundi seven years earlier. The war broke out in DR Congo when Innocent was a teenager, forcing him to flee. Innocent in turn became a refugee: over the next decade he lived in numerous camps across Eastern and Southern Africa.

At age 26, a church in Malawi’s capital city offered Innocent a scholarship to study theology. For the first time in his life, Innocent was able to live outside the confines of a refugee camp. He subsequently went on to found “There is Hope”, a Christian non-profit that provides opportunities for refugees and their host community to grow in their capacity to live with dignity, providing for their families and making a positive contribution to society.
Innocent is married to Florisa, who is Italian. Together they live and work in Lilongwe, Malawi, where they raise their three boys