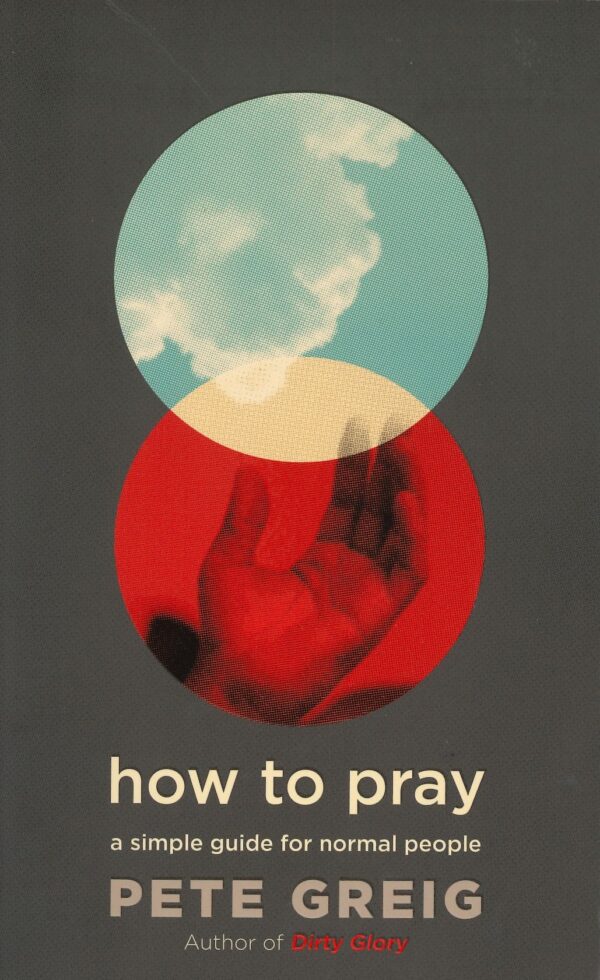 How to Pray, a simple guide for normal people – Pete Greig

Pete Greig has been teaching on prayer – and leading a non-stop prayer movement – for twenty years. Now, for the first time, he puts his life’s work into a response to the question everybody ultimately asks: how do I pray?

Everyone prays. But no one finds it easy. We all need a little help.

Pete Greig has been teaching on prayer – and leading a non-stop prayer movement – for twenty years. Now, for the first time, he puts his life’s work into a response to the question everybody ultimately asks: how do I pray?

This down-to-earth introduction to life’s greatest adventure will guide you deeper in your relationship with God, helping you to become more centred and still, clearer in discerning God’s voice, more able to make sense of your disappointments and more expectant for miraculous breakthroughs too. It’s full of honest, hard-won wisdom interspersed with real-life stories – some humorous, others moving – to equip and inspire your prayer life. Journeying through the Lord’s Prayer, and accompanied by online videos from The Prayer Course, which has been used by more than a million people, it unpacks nine essential aspects of prayer: stillness, adoration, petition, intercession, perseverance, contemplation, listening, confession and spiritual authority.

From one of today’s most visionary communicators, for those who’ve been praying for years as well as those who want to pray but don’t know where to begin, How to Pray is the simple, life-changing guide you’ve been waiting for.

Pete Greig is the bewildered founder of the 24-7 Prayer movement which has spread into more than half the nations on earth. He is also the Senior Pastor of Emmaus Rd, Guildford, Ambassador for the NGO Tearfund, and an Associate Tutor at St Mellitus Theological College, London.

His latest book, ‘How to Pray: A Simple Guide for Normal People’ is a companion volume to The Prayer Course (www.prayercourse.org), which has been downloaded more than a million times. His previous title, ‘Dirty Glory’, was UK Christian Book of the year in 2017.

He preaches and teaches around the world and co-hosts two British festivals: Wildfires and the Big Church Day Out which attracts 30,000 people each year.

Pete Greig is a worldwide authority and the face of a generation when it comes to prayer. While you might imagine him to be puffed up, Pete Greig is entirely the opposite. He is enchanting, down-to-earth, friendly, and most of all, very normal–and yet he tells preposterous tales about prayer (and they’re true). He is basically a regular dude who loves to talk with God.

Pete’s passions include T.S. Eliot, Portsmouth F.C. and ‘Little Mo’, a 1964 Morris Minor convertible which he has lovingly restored by hand.