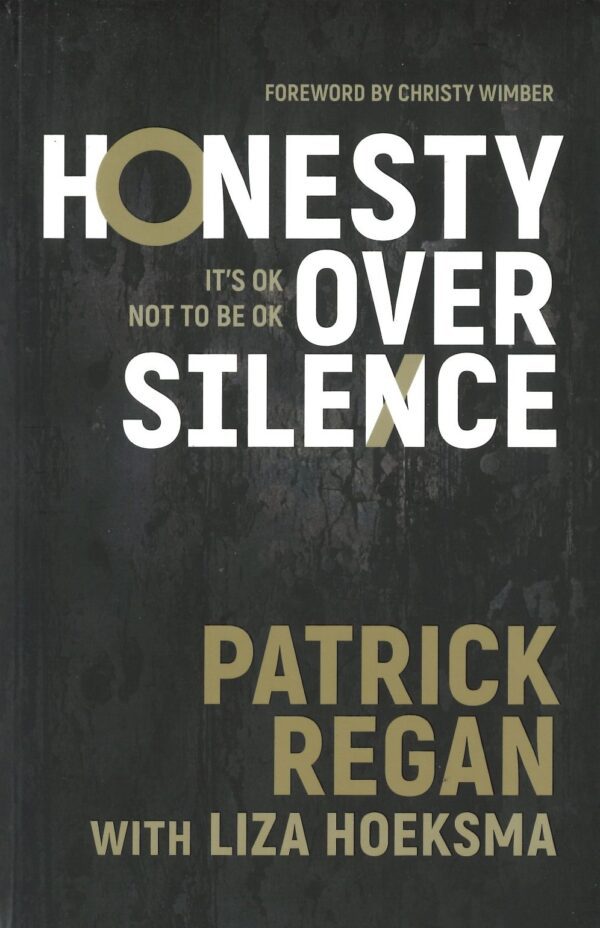 Honesty over Silence, It’s Ok Not To Be Ok – Patrick Regan

Honesty Over Silence seeks to open up conversations around topics that many find difficult, such as trusting God when life is painful, dealing with anxiety and depression, learning to look after ourselves, developing our character, and living with thankful hearts even in tough seasons

Honesty Over Silence seeks to open up conversations around topics that many find difficult such as trusting in God through life’s ups and downs, dealing with anxiety and depression, the challenges of parenting a child with special needs, living in community, learning to look after ourselves, developing our character, and living with thankful hearts even in tough seasons. It examines the strength in letting go of our need to be in control, as well as looking at how we can stop comparing ourselves to others and instead live authentically and honestly as we grow into the people God has created us to be. Lessons are often learned through hard times and mistakes made; Honesty Over Silence seeks to share some of the things Patrick learnt being a husband, dad and a leader as he tries to live out his faith with integrity.

Patrick Regan OBE is the founder and CEO of Kintsugi Hope, a new charity which aims to create safe and supportive spaces for those struggling with emotional and mental health challenges. He is also the founder of urban youth work charity XLP. Patrick has travelled to over thirty countries working with and on behalf of the poorest communities and is a regular contributor on radio and TV on issues of poverty and justice. He received the Mayor of London Peace Award in 2010 for his valuable contribution towards peace and justice.

Patrick is a passionate communicator and equally at home on the main stage at a major UK political party conference, engaging in robust debate in the media, connecting with business and community leaders, speaking to inmates in a maximum security prison or gang leaders in Jamaica. He received an Honorary Fellowship from South Bank University for his contribution to Justice, Peace and Wellbeing, He is also fellow of The Centre for Social Justice and is a UK ambassador for Compassion. He has written 5 books

Patrick is married to Diane and they have four children.