During the fifth century a new expression of church emerged in Ireland, a land which lay outside the Roman Empire. For a time this church blazed with life, spreading missionaries to the shores of Britain and beyond. The forms of spirituality, community, ministry and mission developed by the likes of Patrick, Brigid, David, Hilda, Columba and others have much to say to our 21st century church. During this weekend we will exam the fascinating and inspiring witness of some of these early saints, and explore how they can help us to imagine new possibilities for a renewed church today. 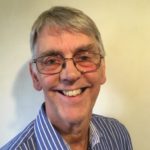 Michael is an Anglican priest and canon emeritus of Derby Cathedral. He was formerly the Director of Anglican Renewal Ministries, and has worked for the Diocese of Derby overseeing Pioneer ministry and Fresh Expressions of Church. He is a founder member of the Community of Aidan and Hilda. He has written a number of nonfiction books including Restoring the Woven Cord, and more recently has authored several works of fiction including The Dorchadas Trilogy and The Road of Brightness.  He is also a regular contributor to The Bible Reading Fellowship's New Daylight Bible notes.

Browse the rest of the programme

Wondering what it will be like to stay at Lee Abbey for a retreat or a holiday?

You will receive a warm welcome from our international Community, a beautiful and spacious home to stay in, delicious meals prepared and served for you, a well resourced library, quiet spaces to relax in, lawn games to play, 288 acres of our estate to explore, the wild north Devon coastline and the South West coastal path (literally on our doorstep), and our own beach.

For more information about Lee Abbey’s ministry or details on how to support us, see “About Lee Abbey”. If you have any questions, please get in touch.

Rooms in which to meet and relax

Browse the rest of the programme
Directions by car Public transport